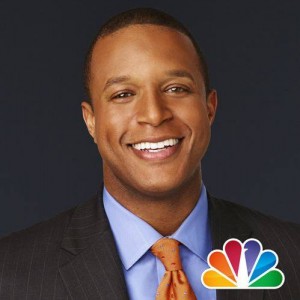 A mention on NBC’s “TODAY” show was brief but beautiful for South Carolina and the town of McBee, home of McLeod Farms and Mac’s Pride peaches. After a story about summer produce, particularly the bounties of August, when heirloom tomatoes, sweet corn, green beans and peaches grow aplenty, news personality Craig Melvin — himself a South Carolina homegrown —  gave a quick shout out to McLeod Farms.

Melvin is from Columbia, the Palmetto State capital, where he began his TV career as an anchor and reporter for NBC affiliate WIS. He’s now a correspondent for NBC News and an anchor for MSNBC. On weekends, he anchors MSNBC Live and fills in for  “Weekend TODAY.”

Melvin’s brief but beautiful line? “Give me a South Carolina peach; I don’t know if you’ve had a peach from McBee, S.C.” View Video

August is National Peach Month, which always revives a friendly rivalry between South Carolina and Georgia over which state produces the sweetest peach. We won’t try to settle the dispute here, but we can tell you this:

For more than 100 years, since Georgia first began shipping peaches beyond its borders, that state has claimed the fruit as its own. For years it’s been known as the Peach State. But South Carolina has for years grown and shipped more peaches, making it the second-largest peach producer in the nation, just behind California.

Exactly which state grows the juiciest and the sweetest peaches on the market is another matter entirely. One thing is certain: Peaches from both states are just plain good.